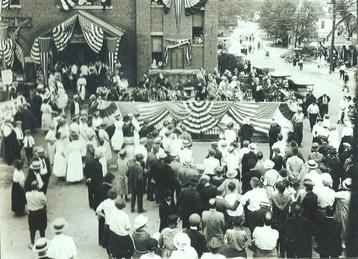 In 1749 the land that is now known as Wakefield was granted to a group of residents from Dover and Portsmouth. According to the terms of the grant, 40 families had to be settled within five years of the English-French and Indian War and seven years later a meeting house was to be provided and preaching maintained. In 1766 the first settlers came and in 1771 the frame of the first meetinghouse was raised on a six-acre parcel near the outlet of Lovell's Pond. There is a marker in what is now Lovell Lake Cemetery denoting this site. In this building, plans for the Revolutionary War were formulated, and voting for the democracy and for George Washington occurred. In 1782 the first pastor, Asa Piper, was called and ordained here.

Growth progressed to the north in the area known as Wakefield Corner, which is now Wakefield's Historic District, as six stagecoach lines merged here. A new meeting house, a congregational church, a library, several inns and shops were located here as well as colonial homes along a street lined with stately elms and picket fences. Wakefield Corner flourished until the coming of the railroad in 1871 to the village now known as Sanbornville.

In addition to the railroad, the many lakes and streams in Wakefield played a large part in its economic growth. There were several dams and nearly twenty mill sites including gristmills, fulling mills and carding mills along these waterways. These caused the population centers to expand in seven separate villages; East Wakefield, South Wakefield, North Wakefield, Burleyville, Wakefield Corner, Union and Sanbornville. As the village of Sanbornville was now the primary business center in Wakefield, a new Town Hall was constructed here in 1895. Two ice companies harvested and shipped ice from Lovell Lake with 16 to 20 train carloads heading to Boston and beyond every day. In the early 1900's railroading was at its peak with 25 trains in and out of Sanbornville daily. In 1911, a fire burned much of the rail yard buildings and the operations center moved to Dover. With the coming of electrification, the need for ice diminished. Later, the popularity of the automobile further reduced the need for rail travel. Finally, in 1969, the snow train, a passenger train, made its final run.

The primary industry in Wakefield through the second half of the 20th century was the development of our eleven lakes. The construction of summer homes and the services needed provided incomes for many of Wakefield's residents. This aided in the retention of the rural character for which Wakefield is known. 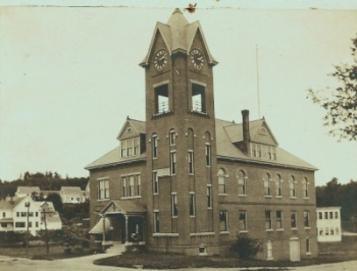 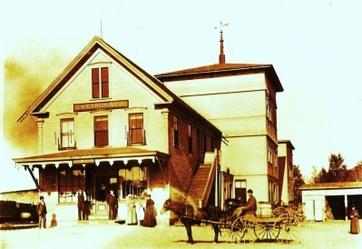 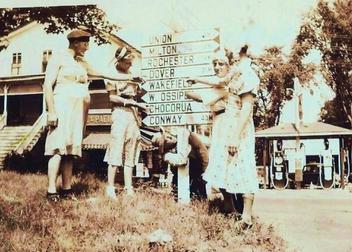